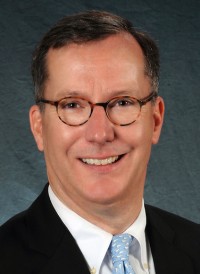 Ives brings a wealth of both public and private sector expertise to the University. He most recently served as Assistant Secretary for Natural Resources with the N.C. Department of Environment and Natural Resources (NCDENR), where he managed 2,000 employees in five divisions, including the State Parks and the N.C. Zoo.  Prior to joining NCDENR, Ives was with Semprius Inc., a North Carolina-based manufacturer of advanced solar panels, and served as CEO of Integro Earth Fuels Inc., a biomass energy technology company, and was the founder and CEO of Illumination Renewables LLC, developer of an award-winning landfill gas project with ExxonMobil Corporation.

From 2002 to 2008, Ives was managing director at Babson Capital Management in London and Charlotte, where he led investments in an energy technology venture capital fund and headed European sales. Ives spent the first twelve years of his career as a structured finance lawyer in New York and Charlotte. He is a true blue Tar Heel having obtained a Juris Doctor from the UNC School of Law in 1989 after receiving his Bachelor of Arts in Political Science here in 1986 as a Morehead-Cain Scholar.

As the Associate Vice Chancellor for Campus Enterprises, Ives provides oversight for the University’s Auxiliary Services, Energy Services, Transportation and Parking, Student Stores, and Trademarks and Licensing. This encompasses a $175 million budget with a team of approximately 650 University employees and 450 contracted employees. Ives also serves at the University’s Chief Sustainability Officer.